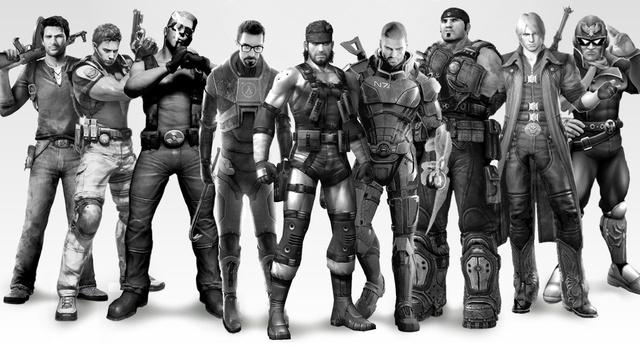 Heroe’s have been a part of story telling since from as far back as there are stories. The Idea of the Hero Character dates back to Tales and stories passed down from generation to generation. Earliest examples date back to over 2100BC to the Bible and the Epic of Gilgamesh. Gilgamesh is described as a mighty warrior that slays monstrous beasts and is in search of the ultimate treasure…Eternal life. In the Bible we get many different representations of what it means to be Heroic. Some conquer giants, or rescue captive nations, while others give up their lives for Ideals and Truth.

All of us are familiar with the larger-than-life Hero common place in Modern Fantasy and Sci Fi. These are the Comic Book Super Heroes, all powerful Aliens, and Billion Dollar play boys. They typically possess some form of extraordinary powers, hidden talents or Weapons that make them a “Hero”.However sometimes a Hero is the least of these, Someone that does not inherit Heroicness by pedigree but instead must over come adversity and make a difference by whatever means necessary.

My mind Immediately goes to J.R.R. Tolkien’s literary works. Hobbits were the unexpected protagonists of his epic story. They were Small, sometimes dimwitted, peaceful folk far from the warring world. There weren’t any songs sung among the Dwarves and Men regarding Halflings or their great deeds remembered. But yet Tolkien decided to build his novels around the most unlikely Hero. Despite their Fear and insurmountable odds they prevailed and defeated the greatest enemy of their time. Some times Hero’s are people who simply take a stand for others or even show compassion when no-one else will.

In the last 25 years Video games have become the newest platform for story telling. Over that time we have been introduced to some truly amazing and Diverse characters. What I would like to do is focus on Characteristics that I think would  best represent my Ideal Hero. Next I want to focus on identifying characters that exemplify each one.

William “B.J.” Blazkowicz has been taking the fight to the Nazi’s for nearly 30 years now. Over the course of 9 games he has fought back against the Tide of Nazis sometimes single handedly. His Character has been more recently explored over the last two entries, for him this war is not about revenge but rather a chance to give freedom back to the American people.He exemplifies the fighting spirit of a Soldier and Patriot. If you haven’t played the new entries by Machine Gun games, you are missing out.

He has been known by many names, but Solid Snake has built a reputation as a soldier that can complete any mission no matter the stakes. He is another soldier with a lavish video game pedigree, staring in 5 games starting with Metal Gear on the MSX2 home computer.

He has fought conflicts and put many Metal Gears to rest over the course of his Career. Always willing to put his body on the line for the mission, Snake was given the nick name, “The Man Who Makes the Impossible Happen”. No matter the mission you can always count on Snake making any sacrifice to ensure the safety of the world.

Link is everyone’s favorite silent protagonist, he comes from humble beginnings despite having many origin’s across Hyrule and beyond. There have been countless fans that have tried to make sense out of the Zelda Timeline without avail. But one thing that is constant despite his age, or location is his Bravery. Despite the odds Link always prevails, saves the princess, and restores order to the land.

With his enchanted Master Sword and a plethora of other weapons, Link has taken on giant spiders, Witches, and even the Immortal Ganon a time or two. One thing link has more of than heart containers is Courage. Even though he is silent Hero thorough-out the game, his Character and Integrity are revealed in his actions. 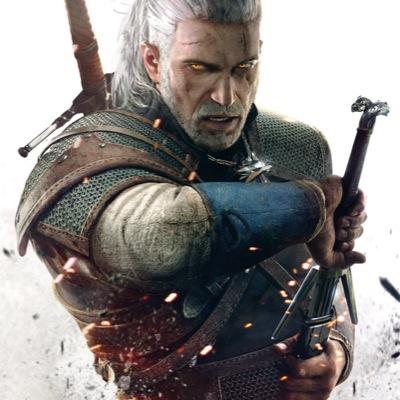 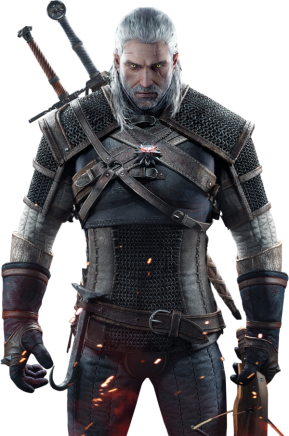 Geralt is the main protagonist from the Witcher Series, based on the Andrzej Sapkowski Novels. When thinking about Heroe’s, Geralt is probably not the first person to come to mind, But hear me out. The White Wolf is known to many as a brutal warrior that travels from village to village looking to make coin to permanently remove a monster or curse. Many would consider him a “morally grey” character in all regards, and I would tend to agree at times.  But there is one thing that remains constant to Geralt throughout all of the series, his Loyalty to those he cares about.

On the exterior Geralt would strike you as someone who has maybe seen too much of the world. In Witcher 3 The main Story revolves around Geralt’s “adopted Daughter”. She has gone missing and is being chased by a benevolent force seeking to control her power. The game spends a large amount of time showing the tender father\daughter relationship he has for her as he travels the world in search of clues to her disappeance. The player gets to see Geralt’s true heart as the cold calloused wall he built begins to crumble. Of all of the Character on this list, Geralt suffers from “Being Human” the most, but more often then not chooses the road less traveled.

I hope you have enjoyed reading this, Let me know who your greatest video game Hero’s are below and don’t forget to like or subscribe. Thanks!!